One of the largest colony/group of Common Seals in the UK, possibly the world, is in the Wash. This area has a large expanse of shallow tidal sandbanks and is fed by four large tributaries.  There are currently over 3,000 common seals in The Wash.

The Seal Safari Tour starts from the promenade where Wizzy The Wash Monster takes you across The Wash out to one of the sandbanks that are used by the resident population of common seals. Remember your cameras!

New Guidelines: Pre-Booking Required. We will require all names of group along with address and contact telephone numbers.
Group discounts available, please enquire.
Board from the Sea Tours Kiosk, Central Promenade, Hunstanton.

Did you know?
Abilities:

Seals travel on land at between 3 and 4mph and can reach 30 to 40mph
when swimming submerged! Seals can hunt at night, using their sensitive whiskers to find prey, and will normally spend much of the daytime hauled up on the sandbanks sleeping.

Seals are opportunistic feeders. Diving to around 120 metres or sometimes even 300 metres deep, their diet consists mainly of fish such as sand eels, herring, saithe, whiting as well as bottom dwelling fish like plaice and flounder. Squid and octopus are also frequently eaten.

UK seals breed in colonies where animals congregate on beaches, sandflats and in caves. Common Seals give birth to their pups on beaches and tidal sandflats within tidal reach, between May to July. Conception to birth takes around 11 months. Common seal pups are dark and mottled and can swim within 5 minutes of being born.

Myths and Legends of a Selkie:

Traditional belief holds that it is unlucky to kill seals as they are children of the King of Lochlann from Norway, under a spell. Their jealous stepmother being jealous of their great beauty, spent seven years and seven days perfecting the Black Art, where she changed the King’s children into seals, so they could be neither beast nor fish for evermore. Furthermore, she cursed them that while at sea, they would always long for land and whilst on land they would always long for the sea, for as long as waves beat on shore. But they were also compelled to very briefly regain human form thrice yearly.

Stories tell of a man walking along the shore, who came upon a lonely cove
where a number of seals were casting aside their furry coats to bathe as humans. Entranced by the splendid beauty of these creatures, he picked up one of the radiant skins and carried it home.

The enchanted owner seeing him with her shimmering skin was obliged to follow him to recover her former skin but this was nowhere to be seen so she settled for the human clothes the man gave her and agreed to marry him. Her intoxicating beauty spellbound him and for many years she lived as his wife, bearing their children, but her ‘sea-longing’ never relented.

One day, one of her children came across her beautiful hidden skin and brought it to their mother. She immediately threw it over her, transforming her back to her former self and dived deep into the sea, and they were never to see her again, except for the nights when their mothers song called her children to come to her and swim through the waves alongside her. 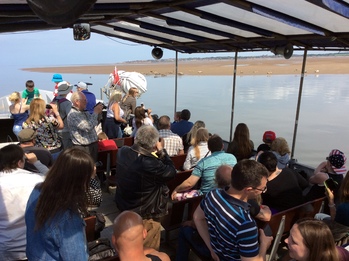 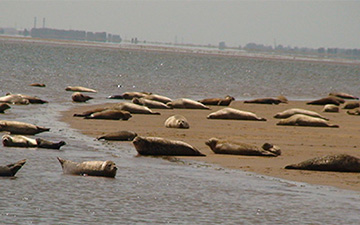 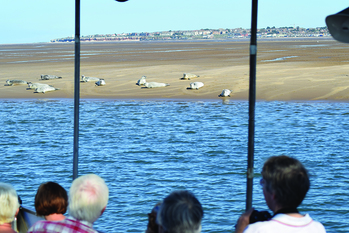